BEACON ROCK STATE PARK, Skamania County — As night fell last Monday in the Columbia River Gorge, the Oregon slopes burned as if carpet-bombed from above. Winds acted like bellows in a hearth to supercharge the flames spread by embers flying from ridge to ridge. Stands of trees that matured over decades — sometimes centuries — were engulfed within minutes.

This Eagle Creek blaze is a dramatic reminder that the forests of Western Oregon and Washington, so often cloaked in snow or drenched by rain, have a cycle of fire and renewal. When conditions are right, they can burn in spectacular fashion just like the more arid landscapes east of the Cascades.

The fires are less frequent than in drier forests, but the burn cycles are not etched in stone. They reflect a climate that scientists forecast to undergo big changes in the decades ahead as global combustion of fossil fuels warms the Earth. In the Pacific Northwest, climate models indicate that average summer temperatures will warm later in this century by 4.7 degrees to 6.5 degrees compared with the last half of the 20th century.

This warming is likely to shorten the burn cycles in the Puget Sound region as well as other parts of Western Washington and Western Oregon.

Those risks likely will include more smoke hanging around Western Washington and Oregon, and more fire threats to west-side communities, where many homeowners have yet to consider removing close-by trees and brush to create defensible spaces should flames threaten their land.

This year, the smoke is the result of fires that have burned around the Pacific Northwest, including more than 732,000 acres in Washington and Oregon. Significant fires have flared west of the Cascades, including the Eagle Creek fire that has burned more than 32,000 acres, and threatened small communities outside of Portland. ADVERTISING

If the models analyzed by the University of Washington are accurate, this Pacific Northwest summer could be a mild preview for the kind of heat we are likely to routinely experience later in the century. The three months that ended in August ranked as the third-hottest Pacific Northwest summer on record. Yet, they fall on the low end of what is forecast in the last half of this century, according to Snover.

That additional heat would make the forests more vulnerable to fire. Two studies cited by the Climate Impacts Group estimate that the average acreage burned in a year west of the Cascades at the end of this century would be double the average burned during the last half of the 20th century.

Big fires in the past

Fire ecologists who study the history of our region note earlier periods of intense fire activity in the west-side forests.

The Olympic Peninsula, for example, had a series of mega-fires that burned more than 1 million acres during a 33-year period in the 1700s, according to research that looked at tree rings and fire scars.

More recently, the September 1902 Yacolt Burn raged across more than 230,000 acres, spreading largely through Western Washington forests north of the Columbia River Gorge. This was a fearsome fire even for residents from Seattle who were hit with what The Seattle Times reported as “great banks of smoke clouds” that drifted over the city, blotted out the sun and “floated through the streets of the city like an awful quiet harbinger of approaching doom.”

Delivered weeknights, this email newsletter gives you a quick recap of the day’s top stories and need-to-know news, as well as intriguing photos and topics to spark conversation as you wind down from your day.

Prolonged summer heat is a key ingredient for such big fire seasons, and the Climate Impacts Group forecasts that predict the 21st-century warming are based on an analysis of more than three dozen climate models with different projections.

Researchers then develop an average annual temperature based on a scenario that assumes aggressive efforts to reduce fossil-fuel emissions. They also include scenarios with the use of petroleum, coal and natural gas continuing roughly at current levels.

The models project that the summer heat will come with less rain, further drying out the forests.

This year a dry, hot August primed west-side forests to burn. Forest Service officials, since 1990, have estimated the moisture content of large dead trees on the ground. By the end of August, those estimates indicated they were potent fuel for fires, according to John Saltenberger, fire weather program manager for the Portland-based Northwest Interagency Coordination Center.

“All across the Northwest, they were either at — or exceeding — the lowest values on record, especially on the west side,” Saltenberger said.

Wildfires don’t happen without a source of ignition. People often provide that first flame, particularly in west-side forests where lightning is less common than east of the Cascades.

Oregon State Police say a 15-year-old boy from Vancouver, Washington, is suspected of starting the Sept. 2 fire in the Columbia River Gorge, but he has not been charged. He allegedly tossed a firework while on a trail along Eagle Creek, a steep side canyon near Bonneville Dam that included old-growth Douglas fir, cedar and other softwoods.

More than 150 hikers were trapped until Sunday, when they could be safely evacuated. The fire blew up Monday afternoon, as temperatures climbed past 90 degrees, humidity dropped and winds from the east roared through the Gorge with gusts as high as 55 mph.

In 16 hours, the fire marched some 12 miles to the west, moving through the heart of one of the most popular hiking areas in the Portland area. People gathered along the Washington side of the river for a ringside seat to an enthralling and humbling display of nature’s forces.

As trees ignited, fiery red avalanches of flames snaked along the Gorge’s steep flanks. Some embers flew north across the Columbia River to Washington, and set off a new fire near the town of Skamania.

“That fire made a historic run. It’s fire behavior we haven’t seen in this area for a long time,” said Jim Trammell, fire-defense chief for Hood River County in Oregon.

In recent days, there has been an outpouring of grief over what was lost, as well as anger at the act that touched off the fire.

As the weather eased, the fire — while far from contained — grew calmer.

During a media tour along the Oregon side of the Gorge, it was possible to take a closer look. You could see how the fire — despite its ferocity — burned unevenly. In some areas, once-green forests turned into patches of dead snags. Elsewhere, the flames laid low and crept along the forest floor.

Scientists remind us that such fires help to bring about new life, and remain an essential part of the forest ecology. Berry plants, for example, will flourish in newly opened areas and provide food for wildlife. Seedlings will emerge.

“Even in the areas of the most intense burn, it is not an end, but a beginning, when you understand the processes that are at work,” said Dominick DellaSala, chief scientist for the Geos Institute, of Ashland, Oregon, and co-author of a book that focuses on the ecological importance of forest fires.

Scientists still are uncertain just how the west-side forests will evolve in a century with more frequent fires.

Some studies predict forests will contain less wood, and thus store less carbon, according to the Climate Impacts Group. That’s largely due to the forecasts that more will burn, as well as greater impacts from disease and insects, according to Snover.

The mix of trees may change.

Some species, such as hemlock and cedar, have thin bark and readily succumb to fire. So they may find themselves in retreat. Other species, such as Douglas fir, have thicker bark and are far more resilient to fire and regenerate in direct sunlight. They are likely to fare better.

‘”I fully expect, with climate change, some shifts in vegetation to occur,” said Jane Kertis, a U.S. Forest Service scientist based in Corvallis, Oregon. “Fire is laying bare the conditions for that to begin.’’ 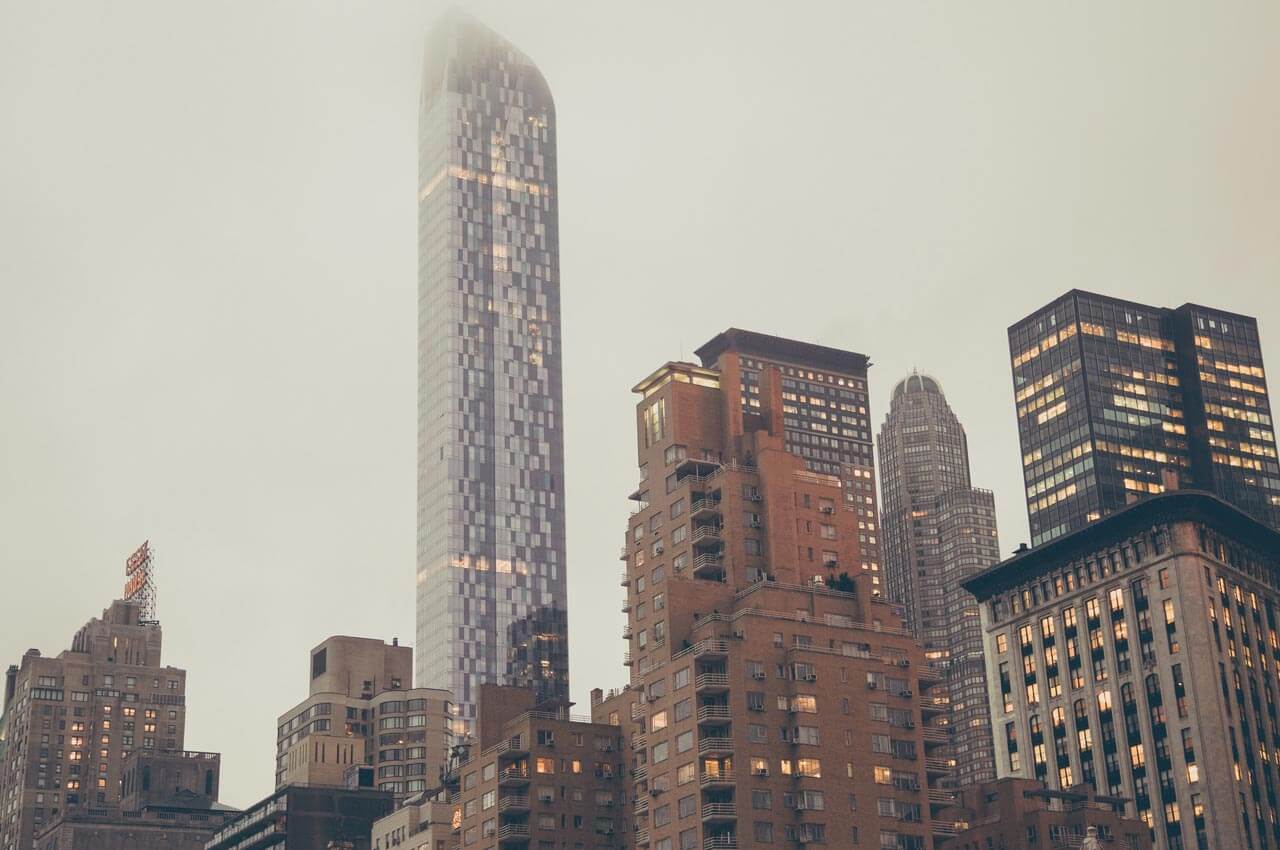 Stop Sitting There and Start Boating: Daylight is Burning

Cloud seeding: Making rain in desert by a naturalised process